Another day, another clever criminal trying to break into our network. This time they tried using the Google Drive to do it. Tuesday morning several employees found this in their inbox. 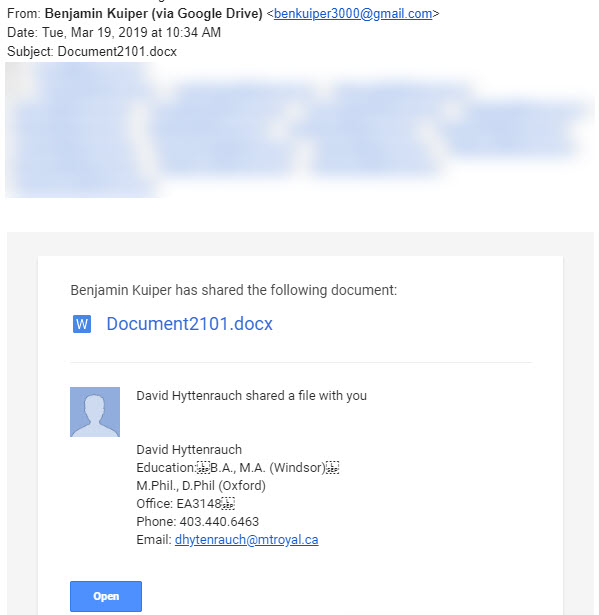 The Word Doc link is totally legit.  If you click the link, it takes you to this document. 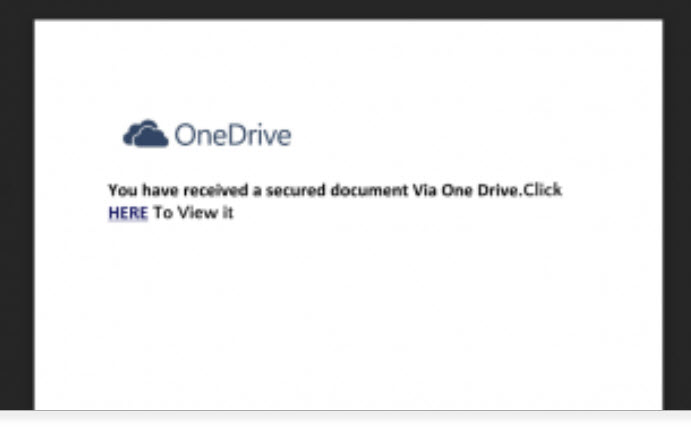 Clicking the link in the Word document takes you to a legitimate website that has been compromised. The site asks you to login to Office 360 to access the document. Of course if you do, you are giving some miscreant your Office 360 login credentials.  They can then sell your credentials on the dark web or use them themselves to wreak havoc on your data as well as the data of others. Fun, Fun, Fun.

Because the Google Drive file share and the website are legitimate, they won’t be flagged by anti-virus or the firewall. It is actually very clever. However although it may get by the technology, a person can easily spot this as malicious. In fact, we had two different reports sent to abuse@mtroyal.ca about this one. Way to go MRU!!

For those of you who aren’t already yelling at the screen, “Come on, that is so obvious”, I am going to walk you through the red flags.  First one is the email is sent by Benjamin Kuiper from the email address benkuiper3000@gmail.com. Clearly not a Mount Royal email and he is not listed in the directory. Fail number one.

Second, the doc says it was being shared by Benjamin and David Hyttenrauch. This doc was sent to people on David’s team so even though they didn’t know who Ben was, they sure as heck knew who David was. This got the desired attention. However, you can’t send an invite to share one file from two people. Clearly, this Word doc was shared by Benjamin and the sneaky dude entered the rest of the deceiving information into the Add a note field in the Share with others dialog box to make it looks like Dave was involved. Fail number two.

Third, when you open the document it tells you that you  have a file waiting for you on the OneDrive. OneDrive file shares are not sent with links in Word documents. Fail number three.

Lastly, if you were to hover over the link in the Word document you would see that it does not go to OneDrive. Fail number four.

As clever as criminals are, most of them can be stopped by alert employees who take the time to look at emails with links and attachments critically.  As we have seen in this example, the majority of the time phishing emails contain clear clues that something is not right. Don’t get caught up in the emotion of the moment. Like our wonderful employees, take the time to really look and make sure that the email is what it appears to be. Your data, your colleagues and your IT department will thank you.