Throughout Under Western Skies, I will be working on my newest project, Wicked Questions: a global conversation about climate. I invite you to participate by considering what is one of your deepest questions about climate change. If you don’t have a question, I will guide you through a process to find it. These will be written on a board and photographed. I will also video your question. These will become part of the documentation of the conference, and part of the larger Wicked Questions global project. I will have specific times/places posted that I will be doing this work. Please help the world know what is in your heart about what we are all facing. 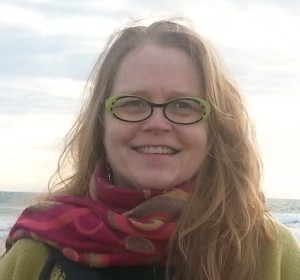 Teresa Konechne is a filmmaker, artist and activist living in Minneapolis, MN. Her award-winning films have screened in festivals in 10 countries and been broadcast on the Documentary Channel. A former faculty at Virginia Commonwealth University, she worked with her students on her first documentary film this black soil. black soil was one of 12 films placed on the American Library Association’s 2006 List of Notable Videos for Adults and is distributed nationally by Bullfrog Films. Her first film, this black soil, was chosen by the American Library Association as one of their top 12 videos for adults in 2006. Her one woman performance piece, “folding prairie” was webcast through Franklin Furnace in NYC, and is included on a compilation of contemporary performance art.

Much of her work in some way focuses on something she holds dear – connection to land. She grew up on a South Dakota farm and received her BS from the University of Texas at Austin, and an MFA from The University of Iowa. Recently as an artist in residence at Yaddo in New York, she made a new performative installation for one minute. This is a series of one minute video and audio pieces that ask audiences to slow down and look and listen to what the earth offers us and is around us everyday, but which we can’t hear, don’t notice or take for granted. Her current work, Wicked Questions: a global conversation about climate, is a participatory project that asks people to respond emotionally to what is happening to our planet. This project came about after she watched her brother be in denial of his slow death, and saw the parallels with how we are walking into the devastation of climate change. 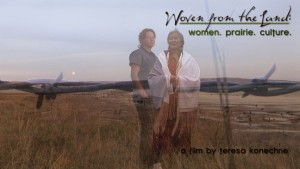 Reviews for Woven from the Land
Director Teresa Konechne tells us about her homeland, the rolling plains of South Dakota, through serene original music and gorgeous storytelling as simple as the land it describes. Konechne originally sought to relate a story about her mother, but ended up telling us about our mother — Mother Earth. — Mark Brenden – Minnesota Daily

Beautifully photographed and delicately edited, this film is part Konechne’s memoir, part a crucial meditation on a direct experience of what “living from the land” means in an era of corporate agriculture and climate change. Konechne’s film accomplishes nothing less than quietly evoking a vision of a healthy relationship to the planet we rely on for our survival. — Lydia Howell – TC Daily Planet

This movie highlights place and people, and confronts the interactions among them. Often dismissed as “flyover” country, Konechne shows us the Plains as a vibrant, distinctive geography which houses two intertwined yet separate cultures. She neither shies away from the structures of prejudice, nor the structures of daily life.
Dr. Meredith Redlin – Professor, Dept. of Rural Sociology, South Dakota State University

Using the voices of women of Native American and European American ancestry, this documentary encourages viewers to think about how land shapes cultures and what happens to those cultures when land is stolen, lost from a family, or reconfigured by newcomers and owners, many of whom are not connected to farms and rural environments. This is a must see documentary…. It calls for of all us to rethink how we are relating to and caring for the environment: The Land and the living mother-“Mother Earth”. — Dr. Valerie Grim – Depart of African American and African Diaspora Studies, Indiana University; Former Co-chair of the Rural Women’s Studies Association

Konechne skillfully and gently refuses the divisive dualism that produced the set of ideas and values in the West that has pitted human against nature, self against other, for centuries. Rather than structuring the documentary as an advocacy piece, Woven pulls together voices of women who have stayed on the land with those of women who have left; stories from the indigenous people who have lived on the land for centuries with stories of relative newcomers; images of grave beauty with images of absurd humor. Rather than coming from a stance of opposition, this poetic, aleatory structure grounds the film in an expansive feminism that highlights and values the voices of women and opens up space for dialogue where conflict has reigned. — Ju-Pong Lin – interdisciplinary media artist, faculty member in the M.F.A. in Interdisciplinary Arts at Goddard College.

“Woven from the Land” is a feminine history that focuses on the process of these women’s lives and their ancestors as they struggle with and against the natural and man made forces that shape the Dakota plains. This film has become a painting of rolling landscapes woven with the poetry of multiple female voices. What separates “Woven from the Land” from a traditional documentary is that the film embraces a spiritualism that comes from these women living within the forces of nature. The film is not one singular narrative that speaks for all but a matrix of voices and images that evoke an understanding of the place and its people. — Alan Powell – Associate Professor – Communications, Arcadia University

Teresa has crafted a film that touches as deftly and humanely on such comic social truths [as Wall Drug] but with the same gentle hand reaches out to acknowledge and help us see farm foreclosures and broken land treaties as the same kind of severing – and irregardless of our race or how we were raised on this land – the question remains “what happens when a society loses its rural?” — Tom Taylor – Organizer for Land Stewardship Project, Montevideo, MN, Board Member of the Organic Consumers Association.

Stills from Woven from the Land 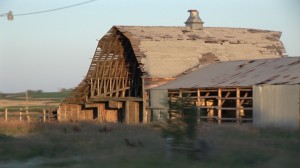 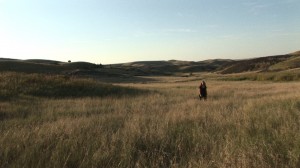 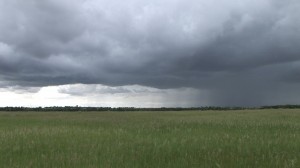 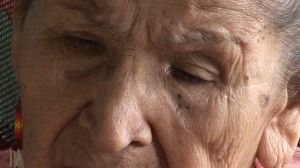 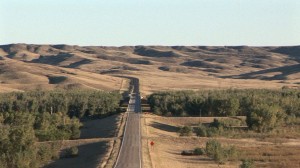 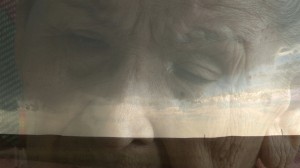