Yesterday, February 27, pianist Van Cliburn had passed away.  The Van Cliburn International Piano Competition is the most prestigious competition in the world, and this year, they have commissioned Christopher Theofanadis to compose a piece for their competitors to perform in the semi-final round of the competition in April. 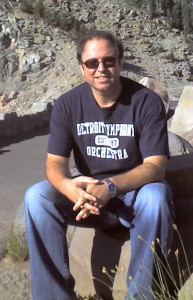 We will be welcoming Mr. Theofanadis to Calgary in July, for the season opener of the Wyatt Artist in Residence concerts. the Morningside Music Bridge Orchestra, with special guest clarinetists David Shifrin and Paul Dornian, will be performing the Canadian premiere of the piece he is composing for the Van Cliburn Competition.

One alumnus of the Van Cliburn competition is Wang Xiaohan, a finalist of the 2001 competition. He was one of our first MMB students in 1997 and returns this summer to teach and to perform with his fellow alumni from that same year, Ning Feng, Shanshan Yao and Ni Tao on July 27.

Tickets for the Wyatt series and MMB concert series will be available for purchase on May 1, by calling 403.440.7770 or purchasing online.