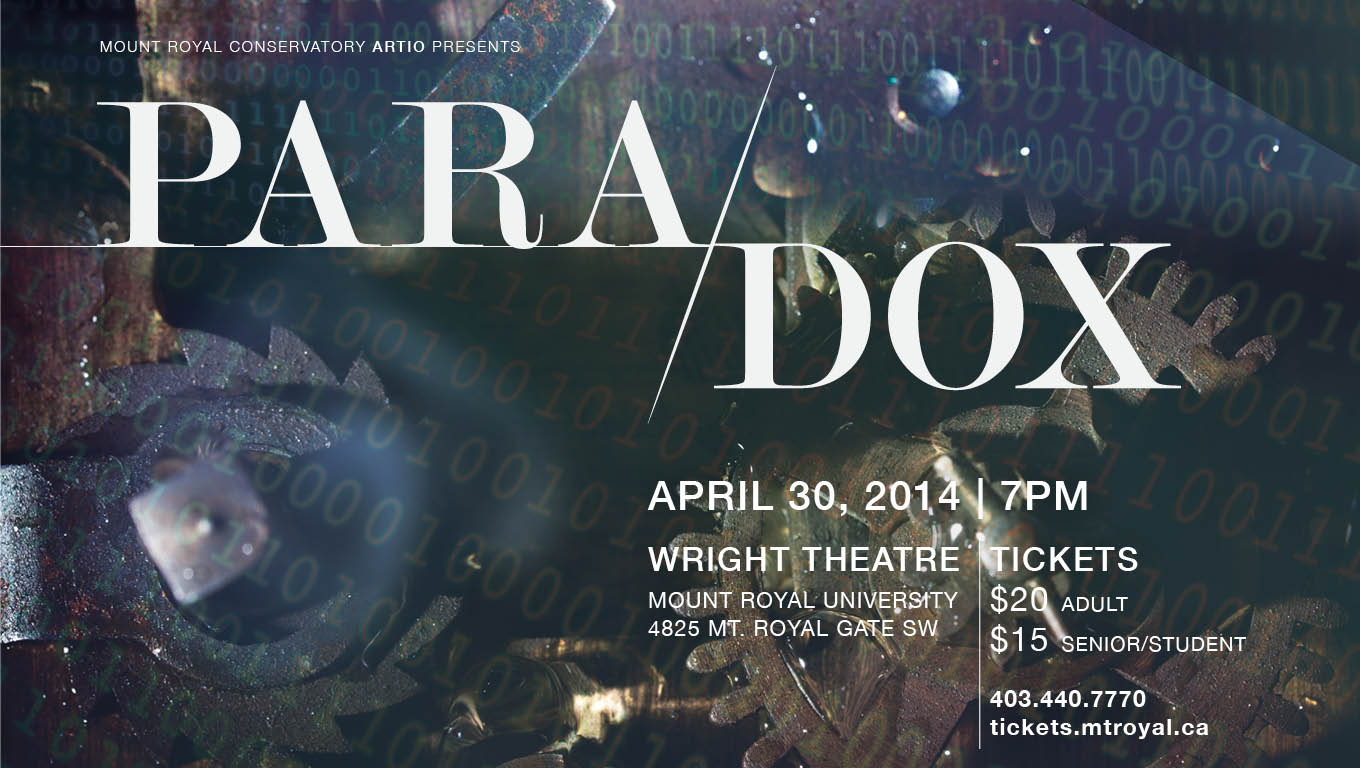 Nearly 130,000 viewers have watched his jaw-dropping So You Think You Can Dance audition on youtube and now Calgary contemporary dancer and choreographer Gessuri Gaitan is ready to dazzle audiences again.

Gaitan is teaming up with Mount Royal Artio Choir for Paradox: a dramatic exploration of our difficult relationship with time and technology through song and dance April 30 in Mount Royal University’s Leacock Theatre. 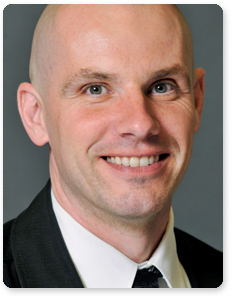 Paradox is led by Mount Royal Conservatory artistic director Jean-Louis Bleau, known for his alternative approaches to music: he’s staged performances around a lake in the heart of Kananaskis, inside a planetarium, parking garages, an industrial shop and in a swimming pool involving synchronized swimmers.

The collaboration between these two young Calgary cultural powerhouses is an exciting one.

“Gessuri’s work is jaw-dropping and intense. You’re physically on edge and almost on fire and entranced by what he’s doing,” says Bleau. “That’s why I thought he’d be so fantastic and unique to work with.”

Gaitan first discovered dance at the age of 17 during high school and began training at Calgary’s Decidedly Jazz Danceworks. His travels have taken him to Montreal, Toronto, New York, Portugal, and India.

While studying dance in Dharamsala, India in 2008, Gaitan experienced butoh for the first time. Gessuri was able to return to India in 2011-12 to delve deeper into butoh, a form of Japanese dance theatre involving slow, hyper-controlled motion.

He says working with members of the Artio Choir has been a pleasure.

“The choir members have filled me with so much joy and inspiration. I feel loved and accepted by them and extremely fulfilled to know that I am sharing something valuable with them,” said Gaitan.

Bleau is the artistic director of choral programs at Mount Royal Conservatory.

Bleau says Paradox draws its inspiration from the sometimes difficult struggle to integrate technology into our lives.

“Each of us carries a smart phone that keeps us plugged into our work and business lives long after the work day has ended,” he said. “The very machines that were once meant to free us have, in fact, become our masters. We are the slaves of technology, plugged into and held prisoner by the inventions that were once meant to give us greater freedom.”

Says Gaitan: “I have never had a cell phone and therefore stand outside of this phenomenon that has changed so much of how we live and interact with others. I have not been enslaved by technology that much, but I am still a slave within my own habits so during this performance I will attempt to destroy my old self and then begin again.”