Winning an audition for Morningside Music Bridge is exciting enough, but learning from leading classical musicians is out of this world.

This year, the 29-year-old won the position of first concertmaster with the Berlin Philharmonic after wearing the same hat for the Pittsburgh Symphony Orchestra.

Bendix-Balgley was born in Asheville, North Carolina in 1984. He began playing violin at age four and by nine performed for Lord Yehudi Menuhin in Switzerland. He graduated from Indiana University’s Jacobs School of Music and the Munich Hoschschule.

Noah is a busy performer and teacher and we caught up with him between masterclasses at Morningside Music Bridge.

Noah Bendix-Balgley: I was very lucky as a student growing up — I had really great teachers. Now being a professional and teaching young violinists, I just try to take everything I learned from the teachers I had and try to pass along the information. It’s really fun, it’s really exciting to work with such talented kids like this. There are some really great talents here at Music Bridge.

Question: What was the best advice you received as a student?

Noah Bendix-Balgley: That’s a good question. I think the most important thing is to love what you’re doing and keep your passion for it. That drives everything else, that drives all the long practice hours and preparation for competitions and auditions. Never forget why you’re doing it.

Question: There’s so much pressure on performers and students. What’s a great way to try to combat that and get past the frustration?

Noah Bendix-Balgley: It’s two-fold. You have to have a pragmatic approach of ‘how do I deal with that pressure when I’m put in that situation.’ It’s a much different situation in your practice room — you can’t expect things will be the same once you get on stage.

I tell students to identify what changes when you’re on stage and work on the opposite in the practice room, compensating for what might happen on stage beforehand. Prepare for that so you’re not surprised.

Once you’re out there, you have to at some point let go because you’ve done the work already in lessons and practice. Yes there’s pressure and nerves there but the reward is that you’re able to make music for yourself and the audience. If you can’t enjoy that, what’s the point? A lot of it comes with experience.”

Question: This is your first time teaching at Morningside Music Bridge. What is your experience so far?

Noah Bendix-Balgley: It’s a really high student level. A lot of colleagues my age who came through this program are really successful now. That speaks the success of this program.

Here’s what two of Noah Bendix-Balgley’s masterclass students had to say about their experience: 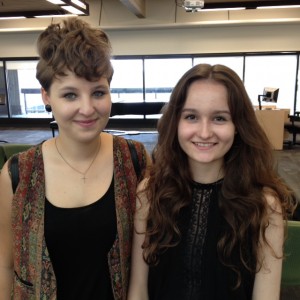 Marta M., 16, from Poland: “I’m really honoured to learn from him. I never thought I’d have a lesson from such a great player and teacher. He has an amazing talent for teaching. I once had an excellent teacher who passed away, and after playing Bach with Noah, it was like coming back to these times, the same feeling again. It was really touching.”

Wikoria B., 16, Poland: “His advice is very simple but very important and helpful.”

CONCERTS: There are still many recitals and concerts to take in!