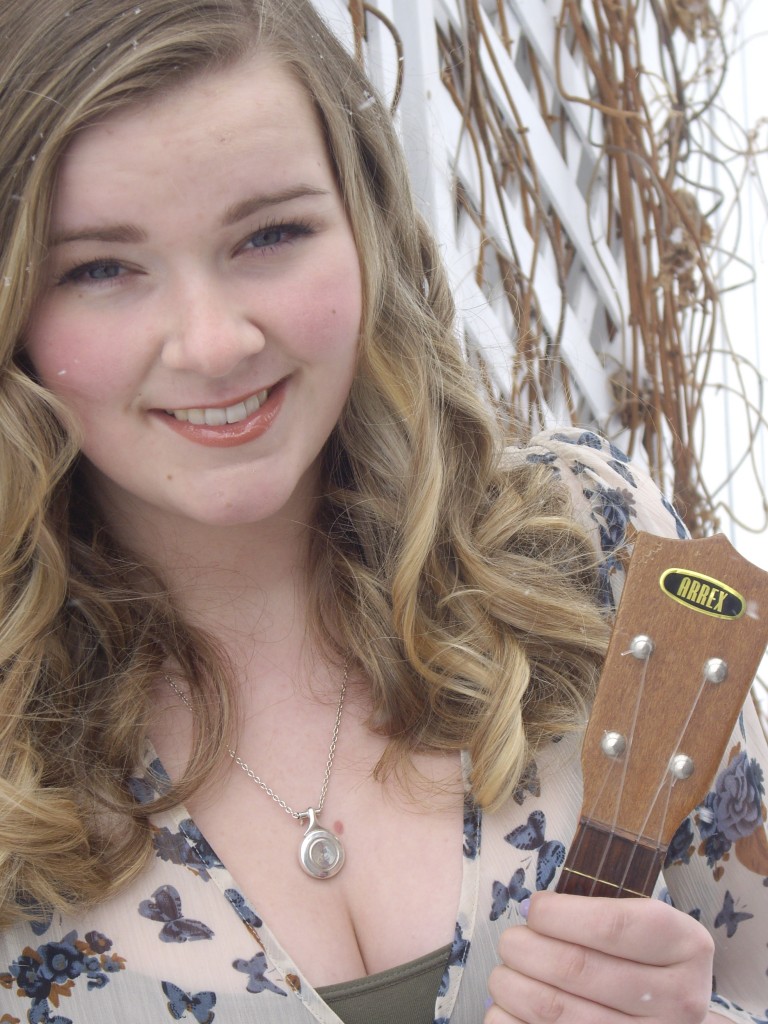 A chance stop at a garage sale while riding her bicycle last summer is paying off for Kate Phernambucq.

The 14-year-old spotted a used ukulele and just couldn’t resist.

Teaching herself to play the instrument has become more than a hobby for the Mount Royal Conservatory speech arts and vocal student.

Now, the talented teen is vying for a top spot on CBC’s Searchlight competition – she’s hoping to get enough online votes for the grand prize.

“It’s been like a firestarter for me,” said Kate, who chatted with us en route to class.

While she’s new to strings, Kate has packed a lot of formal musical education into her 14 years.

She got her musical start as a Kodaly student. Since 2004, Kate has studied harp, voice and speech arts with the Conservatory.

Kate says her years studying drama and speech arts has given her the confidence to perform, most recently at a local café’s open mic night to showcase new songs.

“I love the energy from the audience, and I just love performing,” she said.

Having both students grow with the Conservatory through the years shows that music and speech arts sets young people up for success.