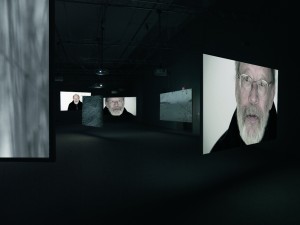 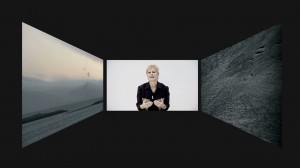 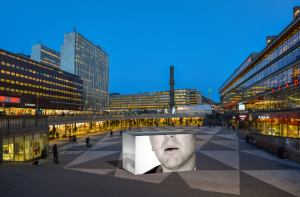 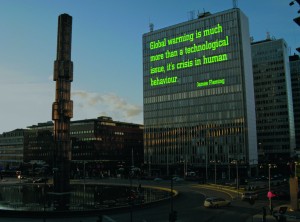 Bifrost is an arts-research intervention that seeks to raise awareness about the realities and risks of climate change in our time through focused discussions, targeted communications, educational activities and participatory art engagements in the public sphere.

The project is a unique collaboration among working media artists and environmental researchers to promote public awareness of environmental issues – their causes, risks and consequences. In
this work the socially engaged artists of the Zoopeople collective have teamed up with the Nordic Network for Interdisciplinary Environmental Studies (NIES), a leading force in the European Environmental Humanities community.

The first iteration of the Bifrost project, the documentary installation “Developing the Environmental Humanities,” premiered in Sigtuna, Sweden in 2011. The latest iteration, “This is the
Beginning,” seeks to build upon the gains and momentum of last year’s critical U.N. Climate Change Conference in Paris by bringing cultural resources to bear in seeking solutions unachievable
by science and technology alone.

With so much public discussion focused last year (and rightfully so) on what could be achieved in Paris, it is crucial to remember that the December 2015 meeting was not the finish line,
marking the end of the climate change discussion or of all the meaningful work that must attend this question now and in the future. COP 21 was really just the beginning of a longer campaign to achieve a more sustainable balance of life and societal development on the planet.

Bifrost seeks to communicate powerfully the human stakes involved in Climate Change through a coordinated multimodal approach, using parallel communicative channels and immersive
art platforms as well as creative and educational forms of public engagement. The project is designed to tour to different cities, with each stop – or action – amounting to a highly visible
public inter vention. Bifrost actions are designed to be event-specific and site-specific, making use of different public niches and media to present compelling stories, while also heightening
awareness through coordinated discussion- based events organized with local partners. The arts and science components of the project aim to shine a light on human societies and environments at risk around the world in ways that will be hard to ignore or forget.

A Bifrost action can consist of any or all of the following components, along with other ad hoc elements:

NIES and Zoopeople are seeking additional partners for future Bifrost actions. The Nobel Museum in Stockholm, the City University of New York and the Under Western Skies conference series at Mount Royal University are among the project’s partners. To learn more about Bifrost, visit the project website: www.projectbifrost.org 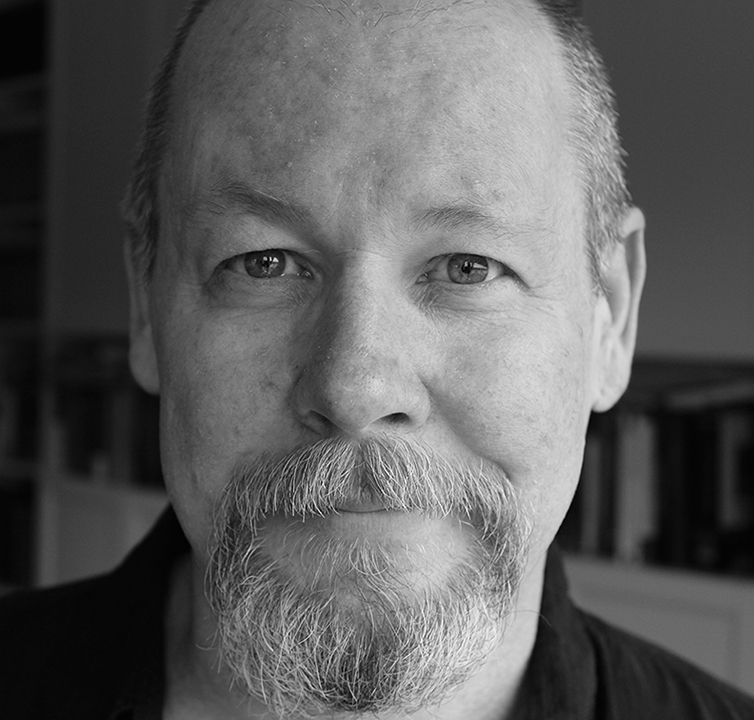 Steven Hartman is Professor of English Literature and academic leader of the Eco-Humanities Hub at Mid Sweden University. He has held previous appointments at Uppsala University, KTH Royal Insti- tute of Technology, and Stockholm University. Since 2008 he has chaired the Nordic Network for Interdisciplinary Environmental Studies (NIES). In recent years he has worked actively to advance the field of the Environmental Humanities internationally. Hartman’s research, writing and other creative work have been supported by the Swedish Research Council, the Swedish Foundation for the Humanities and Social Sciences, NordForsk, the New York Foundation for the Arts, the Fulbright Commission and the Swedish Authors’ Fund. His current research is wide ranging, focusing on environmental consciousness in contemporary literature and the tracing of environmental memory in medieval Icelandic sagas. Together with Thomas McGovern of NABO (The North Atlantic Biocultural Organization), Steven Hartman coordinates the Circumpolar Networks program of IHOPE (The Integrated History and Future of People on Earth) organized under the Future Earth international research initiative for global environmental change and global sustainability. He is also series co-editor of Studies in Environmental Humanities (Rodopi/Brill). 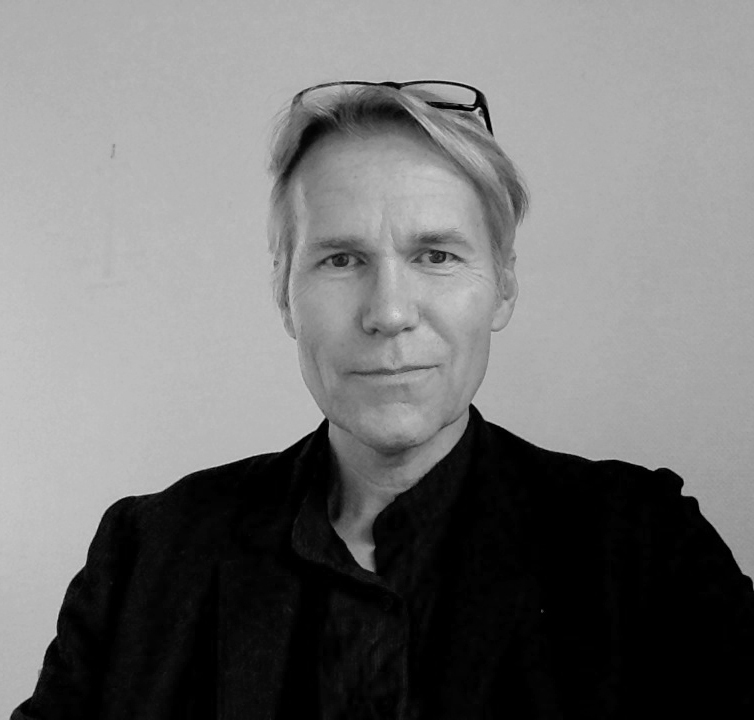 Peter Norrman is a media artist and filmmaker based in Stockholm and Brooklyn. Norrman’s body of work ranges from films, sound, single and multi-channel video works, installations, performance and photography. He recently exhibited I AM HERE, a multi-channel installation about refugees, in collaboration with Anders Birgersson (Dunkers Museum of Contemporary Art, Helsingborg, Sweden 2015). Other projects include Parts Are Extra, a multiplatform sound and cinema project in collaboration with sound composer Christina Campanella (2012), 13 experimental films for the UK band The Magnetic North and their live cinematic show Orkney – Symphony of the Magnetic North (2012). He showed his cine-sculptural project RETAIN (2011) as part of Terminal Convention, a major international group show in a decommissioned airport in Cork, Ireland, where he explored the airport as a source of transient storytelling and image making. His immersive installation about northerness, n. waves, with Swedish sound artist Leif Jordansson, opened at the Immigrant Museum in Växjö, Sweden and Northern Stage, Newcastle (2010-11). Norrman was an invited artist for the European Capital of Culture 08 in Liverpool where he showed SCAN, a large-scale outdoor video installation which explored the building as an organic “breathing” part of the city. He collaborated with musician David Byrne creating 12 films for the song cycle Here Lies Love (2010-11) and created the stage films for Red Fly/Blue Bottle and Tinder (Latitude 14, 2009-2010), shown at >HERE (NY), Creteil (Paris) and EMPAC (NY). He has been a frequent collaborator with crossmedia collective The Builders Association: Invisible Cities (2006), Xtravaganza (2002), Jetlag (2000) as well as 3LD Arts + Technology Center (SPYGARBO, 2011). His live video installation, Fortyfivesteps appeared in the River to River festival (NYC, 2005) and he has created a permanent video installation for the High Coast Museum in Sweden (2007). Norrman is a recipient of 4 NYSCA Individual Media Awards (2000, 2003, 2005, 2010); an Obie Award (Jetlag, 2000); an Honorable Mention, Environments Category, I.D. Magazine for media design (2004); an Aurora Gold Award for Independent Film and Video (2005), and a STEIM residency (Holland). 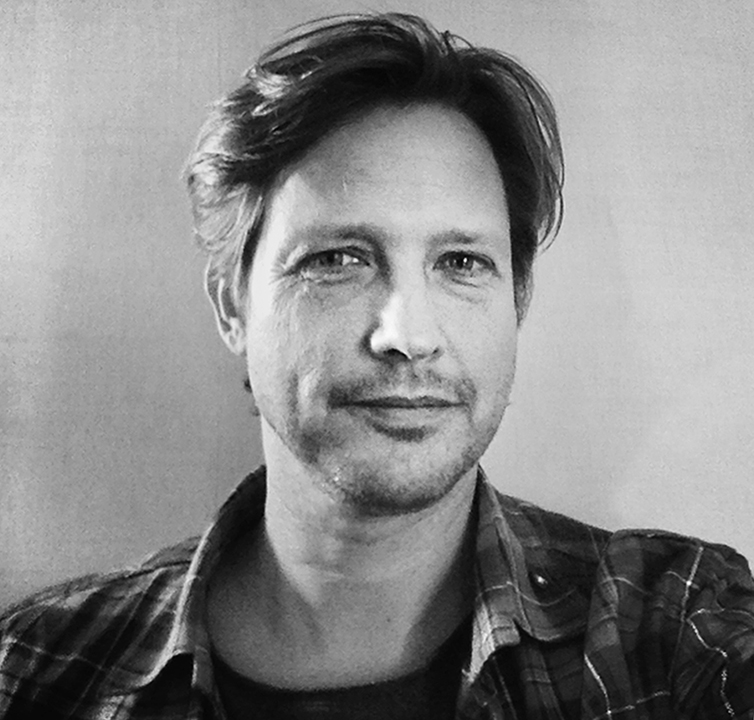 Anders Birgersson is a designer, photographer and art director. Birgersson’s background and training (Gothenburg Photography Academy) is as a documentary photographer and his first 30 min film project, THE LAST BATTLE together with Peter Rinaldo, examined the Afghan war with the Soviet Union and featured the future Afghan president Hamid Karzai. For much of the past 20 years Birgersson has worked as an art director leading a variety of journalistic and documentary projects. His magazine work, which includes art design of over 30 magazine and newspaper publications, has received been honored multiple times in the Swedish publishing industry. He has been awarded Best Magazine Art Director in Sweden and received the Swedish Publishing Prize for the year’s best printed material (all categories included). In 2014 he was awarded the prize “Daredevil of the year” at the Swedish Design Awards for a Doctors Without Borders web piece that realized innovative ideas for storytelling on the web. He long worked as editor in chief for the cultural magazine Republic and in 2009 & 2010 he organized the Re:public International Photography festival in Stockholm. Birgersson has frequently been involved in different aid initiatives. In 2000 he travelled to Tanzania, as commission by the Swedish State aid organization, SIDA, to develop a national visual communication strategy for HIV-aids prevention programs. He stayed on for a year in the private initiative East African Movies, where he became the creative force behind the first locally based communications agency in the country. Over the past four years Birgersson has collaborated with Peter Norrman on spatial film installations, such as Scanpix at the Swedish Photography Museum (2012) and the I AM HERE multi-channel installation about refugees (Dunkers Museum of Contemporary Art, Helsingborg, Sweden 2015).