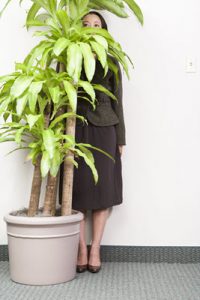 On December 21, 2018 the IT department of the Australian National University (ANU) detected unusual behavior on its network. Upon investigation they discovered a compromised workstation on campus was being used as a command and control (C&C) server by a cyber criminal. They immediately shut down the workstation and severed the attackers access to the network. They thought that it was an isolated incident. They were wrong.

By the time the C&C server was discovered, the attacker had already been in the network for over a month collecting login credentials, compromising servers and stealing financial and personal data. The attack which began with a successful phishing attempt, was stopped when the C&C server was discovered, however the hacker continued to attempt to infiltrate the network using the information they had collected until March 2019.

ANU has very courageously shared their story so that all of us could learn from it. Here is a step by step break down of the attack.

What can we learn from this? A few things stand out.

To sum it all up,  that phishing email that arrives in your inbox is usually just the beginning of a planned, concentrated and persistent effort to access your data.  This effort often starts by quietly stealing your login credentials. When they can’t convince you to give them their credentials, they will use password cracking tools to gain access. They can leverage known vulnerabilities in old systems to gain further access. These tactics along with others allows hackers to spend weeks collecting information off of a network without anyone noticing. This information is then used to carry out more attacks or is sold.

You can prevent this from happening just by stopping and thinking before you click, keeping your software updated, having a strong password and reporting suspicious emails to abuse@mtroyal.ca. Let’s be safe out there!