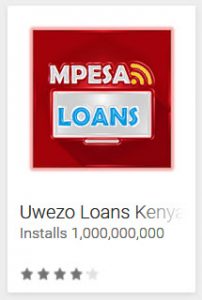 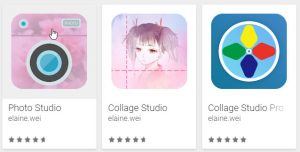 Once again a bunch of apps on Google Play have been found to contain malware. The  majority of them are photo editors.  Here is the list of apps and their publishers.

If you have downloaded one of these apps, uninstall it from your phone and run a virus scan.  Although malware containing apps are found on Google Play regularly, it is still safer to download apps from there than other locations.  To reduce the risk, make sure you only download apps with a large number of positive reviews and downloads.

They’re baaack! Last year, Amazon pulled the ultra cheap Blu brand of smart phones from their site after it was discovered, they were calling home to China without their user’s consent and transferring loads of private data .  Users were completely unaware of the data transfers as the application responsible was installed in the factory and therefore undetectable by anti-virus software.

The company has since come to an agreement with the FTC and promise to never do it again. This has prompted Amazon to once again allow the company to sell their phones on their site.

If Blu violates the agreement with the FTC, it could cost them up to $41, 484 per incident in civil penalties. They will now have their security protocols and record keeping monitored. However considering Blu repeatedly misled consumers and regulators previously by stating they had stopped data collecting when in fact they were still doing it, I am not so sure they can be trusted. Yes their phones are a deliciously cheap, however you might be giving up your personal information in exchange.  Remember, you get what you pay for.

Adguard has found 5 very popular ad-blocker Chrome extensions in the Google Webstore which contain malware that allows a criminal to take control of your browser.

Google has removed the extensions. However if you have installed one of them:

The malware these extensions contain work in the background making detection very difficult. As far as the user is concerned the extension is what it appears to be. For this reason millions of unsuspecting users downloaded them onto their machines.

How do you protect yourself from malignant browser extensions? Don’t download them.  If you really, really need the extension make sure you know who the developer is. Stick to well known trusted developers that you recognize.

Two step verification keeps criminals from accessing your account if your password is compromised. It is a great way to add an added level of security to your accounts. However, enterprising criminals have found a way around it.

How did they do it?  Is there some back door that they found? Have they created a new brute force hack technique? Nope. They just ask for the verification code. Low tech social engineering strikes again.

Of course what is happening is they are trying to get into your account but can’t because they don’t have the verification code. By playing the stop the password reset game they are hoping to catch you off guard so you just sent them the  code.

For the record, no one will ask you if you don’t want to do something with your account.  As soon as someone asks you for confirmation to NOT do something, you know the jig is up.  This is just another reminder that we have to read our texts and emails carefully and question anything that seems odd. The criminals count on you to react without thinking. Stop them in their tracks, think before you react.

On the heels of an announcement that Facebook allowed Cambridge Analytica to harvest data from users to influence the US elections, users of the Android Facebook app have found that their calls and texts are being logged.  It’s been a tough few weeks for Facebook users concerned about their privacy.

Why on earth would Facebook need to log calls? Apparently to improve our experience of using their products. As alarming as all this seems, Facebook is only doing what their users have allowed them to do. In our desire to connect we have thrown caution to the wind and have accepted any conditions of use that app developers have thrown at us. If this has taught us anything, it has taught us to be more cautious with clicking Allow when an app is asking for permission to access our contacts, our microphones, our photos and anything else they might want to mess with.

The only way things are going to improve is if we users start choosing privacy over convenience and stop downloading intrusive apps. This is a lesson that Facebook is learning the hard way, with users dumping the platform at record speeds. The question is, is anyone else paying attention?

If you have been using MyFitnessPal from Under Armour, change your password immediately.  On March 25 Under Armour learned that usernames, email addresses and hashed passwords were taken from about 150 million user accounts.

If you use your MyFitnessPal password for other apps or websites, make sure you change those passwords as well.

New vulnerabilities called  Meltdown and Spectre have been found in computer processors  built after 2009 that allow a program to steal data from your computer system’s memory without your permission or knowledge.  It affects everything that has a computer processor including your computer, tablet, phone and IoT (Internet of things such as a smart thermostat).

Why should I be concerned?

These vulnerabilities have the potential to allow hackers to covertly fetch sensitive information  such as passwords from system memory allowing access to your online banking, social networking accounts and the like. To make matters worse, the attack can be made via your browser.

How is the problem fixed?

What is IT Services doing about it?

We are following our standard processes to manage the patches for these vulnerabilities.

What do I have to do?

You do not need to update your workstation, it will be done by the MRU patch management process.  Your regular updates include all required patches. If you have a Mount Royal laptop or device and you aren’t sure that it is getting updated, please visit the IT Service Desk.

Install updates for all your personal portable devices and home machines as soon as they become available.  Make sure that your browser is updated as well. Please note that not all anti-virus programs are compatible with Microsoft’s latest updates. If your machine has incompatible anti-virus software, the Microsoft updates will not be uploaded and your machine will be left vulnerable. Check your anti-virus program’s website to see if it is compatible.

Make sure you visit official/trusted websites to get your updates or use the update feature from within your software.  We do not recommend clicking on links and opening attachments in emails claiming to have a link to the latest updates or patches.  Criminals may take this opportunity to send out fake security patch or update emails with malicious links to try and trick you into downloading their malware.

For more details on the vulnerabilities, check out the sources for this article:

Yes, it has happened again, apps have been found in Google Play loaded with malware. Google has removed 144 different music playing apps from Google Play that contain a new form of malware called Grabos.  What makes this malware so devious is it monitors your phone activity and switches its function based on whether you are using the infected app or not.  So, when you are paying attention the infected app acts as advertised, letting you download music for free. When you aren’t using the infected app, it sends information about your device, its specs, its location and the apps that are installed on it to the hacker’s server.  This information is then used to create targeted notifications that prompt you to download and install additional malware loaded apps which are then opened without your consent.

To make sure as many people as possible are infected, the infected app constantly prompts you to rate it and offers you faster download speeds if you share it with friends.

Because of the prompts to rate these infected apps and their covert nature, many of them have a very high rating on Google Play. The most popular one, with over one million downloads, is called Aristotle Music Audio Player 2017. For a complete list of infected apps, check out McAfee’s blog post.

If one of these is on your phone, uninstall it and then check to make sure all the apps installed on your phone are apps that you installed and were not installed by the malware. It would also be a good idea to change the passwords on all your accounts that you can access from your phone.

Although these apps have been removed from Google Play, they can still be found and downloaded from other locations on the Internet. Reduce your risk, only download apps from reputable sources with good reviews.

Researchers have discovered a vulnerability in Bluetooth enabled devices that would allow an attacker to take control of them with no action on the part of the user. The majority of manufacturers have issued updates to patch this vulnerability.  As Bluetooth is a fairly complicated protocol, experts warn that there may be more vulnerabilities not yet discovered. To protect yourself, make sure you: