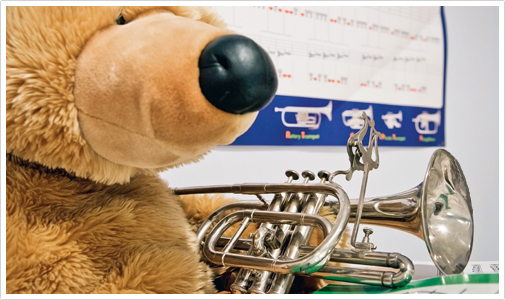 Mount Royal Conservatory’s newest music program for children is the first of its kind in North America. 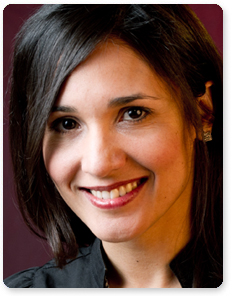 DeJong is part of a prestigious international team collaborating and testing out the official method book. The group includes DeJong and 10 other teachers from Sweden, Poland, Ireland and Spain. Project leaders from Sweden are planning to arrive in Calgary in two years’ time to offer teacher training.

“We’ll be making history and having some influence in what goes into further development of the method,” said DeJong. “It has the potential to change the way we teach the brass instruments and the perception of age capability. It’s a revolution in that the trumpet can be taught to very young children.”

While children typically start learning to play piano, violin and percussion as early as three years old, students must often wait until age 11 or 12 to begin playing brass instruments. The size and weight of the instruments aren’t suited for young players. 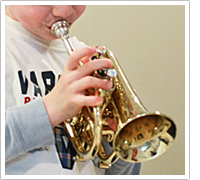 But DeJong says that’s leaving young musicians behind. “When kids start playing brass at a later age, they’re playing Mary Had a Little Lamb while their friends in piano and strings are already playing Beethoven. I started thinking for social and musical reasons, why wait?”

The Suzuki Method teaches children to learn a musical instrument in the same way they learn how to speak their native language; with a natural process based on listening, watching and playing. To learn trumpet, children start with pitch and rhythm training by sining and moving, learning good posture, work on breathing exercises and playing on the mouthpiece of the trumpet. They work up to playing on “pocket trumpets,” which are real instruments scaled to fit small players.

Participants — both students and parents alike — will play a key role in to shaping the future of the Suzuki trumpet method, and embark on an exciting musical journey.

DeJong holds a Master of Music degree from Rutgers University. She began her studies at the University of Calgary, earning a Bachelor of Music degree, before pursuing further studies at the Vancouver Academy of Music. She is a regular guest teacher at junior and senior high schools and she performs with a variety of ensembles, including Altius Brass, the new Calgary Creative Arts Ensemble, and occasionally with the Calgary Philharmonic Orchestra. DeJong performed as principal trumpet with the Philadelphia Camerata National Symphony on a month-long tour throughout China and most recently performed on the baroque trumpet in Stockholm with the Swedish Baroque Orchestra. 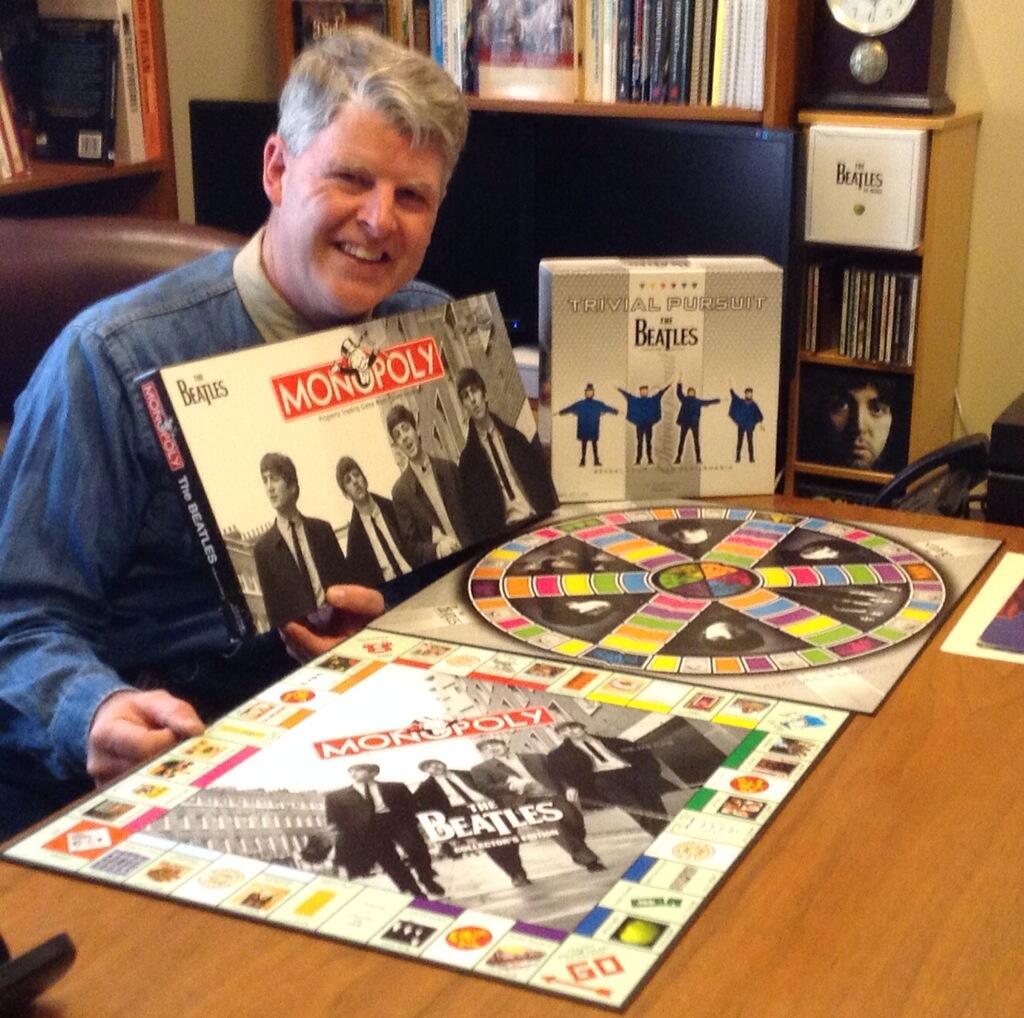 Before the San Francisco, California stadium meets the wrecking ball, McCartney has the honour of being its final performing artist this Thursday.

And James points out to us that it’s rather fitting: the Beatles played their history-making final concert in Candlestick Park on Aug. 29, 1966.

“This is like a pilgrimage. It’s a historic event, a once-in-a-lifetime opportunity,” said James, who scored tickets for Thursday’s California concert.

“To see Paul McCartney perform live at the last place the Beatles performed live in 1966 will be a thing I’ll remember forever. It’s kind of like ‘where were you when the Ed Sullivan show was on.'”

James will be sharing his experience in a few short weeks when the Beatles course at Mount Royal Conservatory begins again. Register for the credit-free music appreciation fall course now!

And you can follow James on twitter @BeatlesUofC as he shares tweets and photos of his Bay area experience.

James began his love affair with the Beatles as a youngster and continues now teaching multi-media courses on his favourite band.

According to Calgary’s own Beatles professor, the Fab Four’s British Invasion and the effects of Beatlemania are as worthy of study as Shakespeare.

This year also marks the 50th anniversary of McCartney, John Lennon, George Harrison and Ringo Starr appearing on the Ed Sullivan TV show to an estimated 73 million Americans in 1964.

“The Beatles are the most important, most influential musical performers of the 20th century and possibly all of history,” says James.

Istvanffy, who holds degrees in History and Political Science with a philosophy minor, says the Beatles continue to captivate generations of music lovers.

The Calgary Youth Orchestra is launching its tour of Germany in celebration of Richard Strauss.

UPDATE: You can tour along with them on their blog!

The CYO leaves Monday, Aug. 4 for a 10-day, four-concert tour with performances in Berlin, Leipzig, Augsburg and historic Jüterbog, to celebrate the 150th anniversary of the birth of Richard Strauss.

The 65-member orchestra is one of Canada’s leading community youth orchestras. Members include Calgary and area junior and senior high school students and students of Mount Royal University and the University of Calgary.

During this year’s tour, Calgary oboist and composer Trevor Mansell, 18, will be having his European premiere, as the orchestra will be playing a movement of his “Divertimento for Orchestra.”

Cellist Mary Lena Bleile will be making her European premiere as a soloist playing the first movement of CPE Bach’s Cello Concerto in B flat.

We wish them luck! 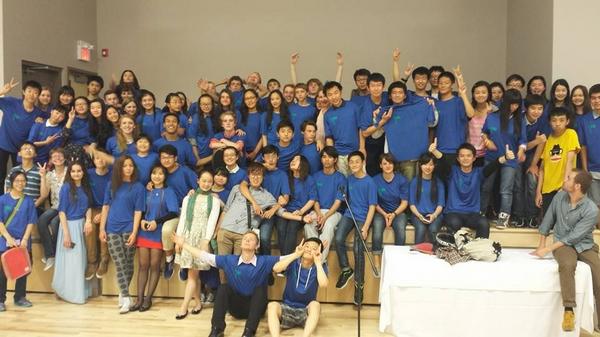 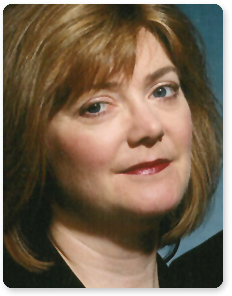 As another year of Morningside Music Bridge wraps up, we’re looking back at how the music training program for teens got its start.

We caught up with Gwen Hoebig, a founder and artistic co-director of Mount Royal Conservatory’s summer program, to talk about why Morningside Music Bridge still matters after 18 years.

Hoebig is concertmaster of the Winnipeg Symphony Orchestra and has been there from the very beginning of MMB in 1998.

“With the Chinese students in those days, it was felt they reached their physical peak at age 16, and Andy Chan, our founder, couldn’t understand why the Chinese kids largely declined after the age of 16. So the middle school was really the best school (for music training), not the university. The Canadian students did most of their developing after the age of 16,” Hoebig said.

“The idea originally behind it was to bring the two cultures together to help the Chinese grow beyond age 16 and encourage the Canadians to grow a litte faster.”

Morningside Music Bridge was born. Bringing the top instructors from Beijing’s Central Conservatory of Music and Canada’s best local and visting faculty from Mount Royal Conservatory, music created a cultural bridge that made a difference. Eighteen years later, the educational partnership brings Poland into the mix, and the world’s leading musicians coming to teach teenagers from Canada, China, Poland, the United States and this year, Taiwan.

“It has worked in ways we cannot believe,” said Hoebig. “It has been so successful, the standard of the students that we see is much more consistent from country to country than we’ve seen before.”

Morningside Music Bridge focuses on teens, but also children as young as 12, to help nurture and guide gifted young musicians.

“Music Bridge deals with a very special age group, it is high school students. I think a lot of programs steer away from that age group partly because they’re still kids. But we’ve been able to successfully sort out how to deal with that age and what excites us is the potential that all these kids bring to Music Bridge and to their music-making and the social aspect of it all,” said Hoebig. “It is just wonderful to see these young people blossom and to watch them come back so much stronger. It is just incredible the difference we see when the kids come back, which they do.”

The program is also enriching for visiting faculty, who hail from countries world-wide.

“My favourite part about the faculty is that even through we come from all over the world and come from extremely different backgrounds in training and teaching, we are all coming from different angles and we’re all aiming for the same thing: to make the students better to make the students’ understanding grow,” she said. “I might say something, Bill van der Sloot might say something, Tong Weidong, head of violin department at the Central Conservatory of Music in Beijing, and Tadeusz Gadzina from Poland, and it’s completely different but we’re aiming for essentially the same thing. I think it’s so eyeopening for the children to see these different points of view but they’re all aiming for the same thing.”