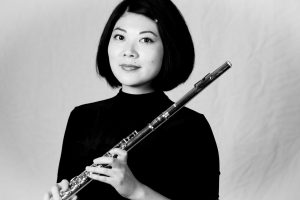 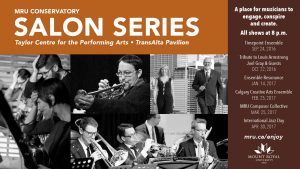 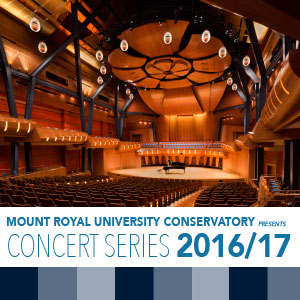 The excitement is electric.

The sound-check’s done and… we’re about to take centre stage.

In 2015, we completed construction and opened the Award-winning Bella Concert Hall and the Taylor Centre for the Performing Arts.  While it still has that ‘new theatre smell’ we’d like to amplify its acoustics by showcasing the finest local, national and international talent to play it.

We would like to announce the debut of SEVEN CONCERT SERIES taking place at the versatile venues in the Mount Royal University Conservatory’s Taylor Centre for the Performing Arts in 2016-17. These concert events will showcase some of the most innovative contemporary artists to bring music to your ears. We want our MRU Insiders to be the first to know what’s up.

This will take place at the James Ehnes concert, our final Wyatt Series event for this season.

The Bella Concert Hall was built on sound.

The Soundscape Series showcases the amplification of these artistic vibrations in their acoustic glory.

* 5 concerts from local, national and international influential artists and ensembles.

Importing world-class musicians from around the globe. Let’s give them a true Calgarian white-hatted welcome.

* 5 concerts will take audiences on musical adventures in many musical genres.

What better way to celebrate our home and native land than to feature some of its finest artists.

*5 concerts will define our country’s energy, diversity and talent.

Our celebrated Wyatt Series continues to feature contemporary masters of classical works in performance and mentorship of our music students. This series honours the late Hal and Marnie Wyatt, longtime supporters of the Mount Royal University Conservatory.

Music, Speech Arts and Theatre are for all-ages. To ensure that the younger family members, and those who are young at heart, get to experience amazing music and storytelling, we have the Family Portrait Series.

* 2 narrative shows that will inspire imaginations, whether it’s your first or ‘bazillionth’ time at a performance. 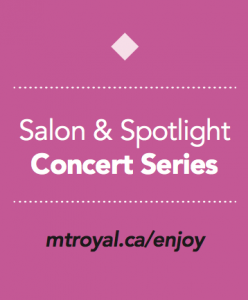 The Spotlight Series showcases our diverse and talented instructors in performance. We’re so proud of our instructors, we want to bring their talents to centre stage. This monthly feature is as varied and exciting as the programs we offer.

Historically, the Salon was a favourite meeting place for musicians of all styles to play, listen and collaborate. We’re bringing it back. Throughout the season, we’ll be offering these opportunities for folks to mix, mingle and enjoy a variety of musical entertainment.

Of course, we’ll still be presenting concert events featuring all of our incredible performance ensembles and programs, including festive favourites Winter Fantasia and Sounds of the Season.

Connect with us on social media for your chance to win tickets to each of the series, or the grand prize, seasons tickets to ALL concert events in our 2016-17 Season!

Like, follow and spread the message to your friends and family.  It’s going to be an inspiring season of sound at the Mount Royal University Conservatory!