One of the stars of Winter Fantasia, the first of MRU Conservatory’s two holiday shows, is familiar to many. Straight from the storybooks, it’s that duffle-coat-wearing, marmalade-sandwich-craving bear named Paddington. 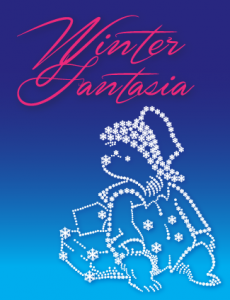 Michael Bond’s beloved character will be brought to life by four senior MRU Conservatory Speech Arts and Drama students. The tale of Paddington’s Christmas was adapted for stage by program coordinator Jennifer Orr. “Who doesn’t love Paddington,” she says. “His appeal is his sweetness, curiosity, spirit of adventure…and all the misadventures that spring from those qualities.”

The narrative seems like a perfect fit for a concert featuring the music of MRU Choirs Arietta, Arioso and the Calgary Boys Choir along with the Conservatory Strings performers. “It takes us through pre-Christmas planning at the Brown household. There are a few bumps for Paddington,” she mentions which are fine plot point for some musical accompaniment, but she assures, “Paddington comes out of the celebrations feeling lucky to be a bear.”

All four of the Speech Arts performers are excited to bring this tale to an audience, especially in the new Bella Concert Hall. “They are thrilled at the opportunity to try out the Bella,” Orr explains, and adds that this theatrical component provides some wonderful scope for imagination, “all of them are in high school, so they are loving the chance to step back into a children’s story.”

Undoubtedly, the all-ages audience at the Bella on Dec. 6th will be in full agreement. 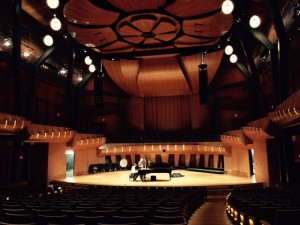 The Russian-born pianist arrived from Adelaide, Australia and is, at present, rehearsing onstage at the Bella Concert Hall.

There’s a sense of calm in the hall as Konstantin completes another seemingly impossible glissando while counting the remaining beats in the bar aloud. Echoing his count is Edmond Agopian, the director and conductor of the Calgary Youth Orchestra who will join him onstage for the show on Sunday.

“Would you like to make that an eighth?” Agopian suggests a change to suit his headliner. Shamray dismisses the suggestion demonstrating how he can cover the pickup with a slightly different release. An accommodating artist. 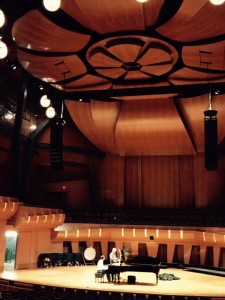 Through his performance, the Bella sounds fantastic. The acoustic design amplifies his musicianship in both technique and emotion. He seems to be enjoying it.

As in most rehearsal settings, empty theatre seats are the only witnesses to this astounding preview.   When the seats fill up on Sunday, November 22nd the calm of this moment will become infused with the excitement of performance. Only then, at 7:30pm, when the lights go up on this world-class pianist and MRU Conservatory’s orchestra and choirs, will we know for sure what decisions have been made on this stage. But, whether or not they decide to, “make that an eighth,” you can be sure the glissando will remain perfect. 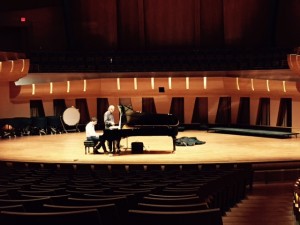 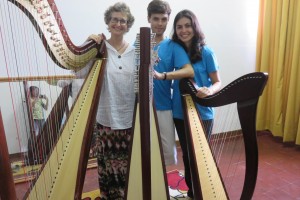 Both travel and music can bring you to new worlds and open your mind. That’s exactly what has happened to MRU Conservatory Harp instructor Gianetta Baril.

Gianetta has returned from a life-changing trip which took her to many places including Rio and Nepal where she personally donated three harps and taught local children how to play them.

One of the reasons these regions don’t have emerging harpists is that the heavenly instrument costs a princely sum. “A harp is about $3500,” she reveals, “They can buy twenty violins for the cost of one harp.”

When this self-proclaimed ‘Crazy Canadian,’ garnered interest from the locals, she recalled, “You can’t audition per se, you just have to see who’s interested.”

Across the two programs, fourteen students signed up for her tutelage. One boy, a bored violinist, needed a new challenge. At age twelve, his attention was divided between music and beach volleyball. “We wrote a simple harp part for him.” Baril explains, “He got to the end of the first run through of (Breinschmid’s) the Typewriter and the conductor and ensemble gave him such a huge applause.” Catching his reaction, she relayed, “his smile just exploded!”

That has been a common reaction whether playing or listening to the harp. But Baril herself has grown as a result of her travels, “I feel much freer to make music; the freedom to communicate what’s inside. That’s what’s really changed. I think,” she continues, “it was the experience of letting go…. To know that whatever I’m going to be faced with, I can handle that and it’s all going to work out fine.“ She describes being on stage now, “where in the past I might have been maybe inhibited by the fear that I was going to get a pedal wrong… which is pretty dramatic on the harp when that happens, I just don’t worry about that anymore. If it happens,” she concludes, “I’ll just solve the issue.” 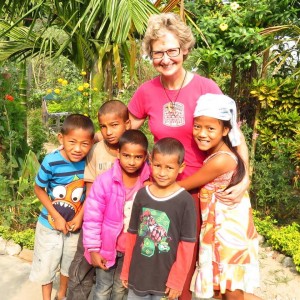 The concert is called Wayfaring – Gianetta Baril & Friends. It’s at St. Stephen’s Anglican Church, a new venue for the Instrumental Society of Calgary, on Sunday, November 22, 2015 at 3:00pm.

Open your mind and expect to experience some other worlds. 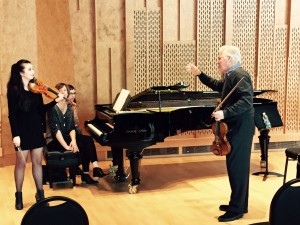 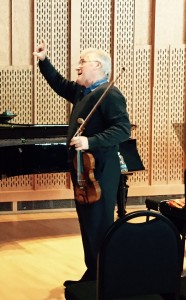 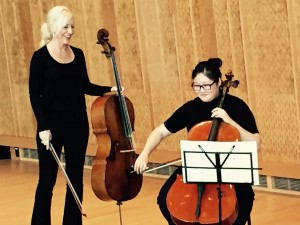 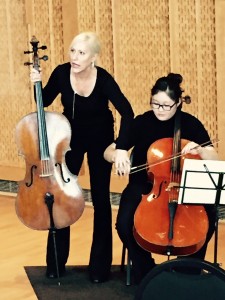 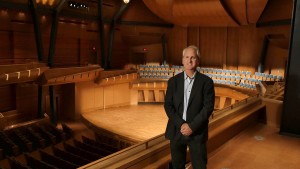 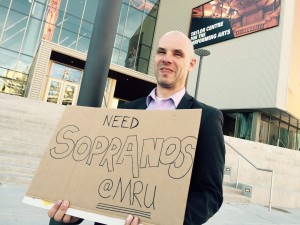