At a time when we’re celebrating our country’s athletic achievements on the podium in Rio, there’s some gold medal achievements worthy of celebration here on home turf. Eric Auerbach is the Canadian National Strings Champion.

Auerbach, who is 26 year old violinist, competed in the Calgary Performing Arts Festival at MRU in the spring, then went on to win at the Provincial level in Edmonton and just capped the triple-crown winning at the National level, also in Edmonton, this August.

“I played the Bach Partita no 2 in D minor, and the Sibelius Violin Concerto,” said the MRU Academy student. With a one-hour time limit on his performance, he describes his performace as, “very exhausting, both mentally and physically. My program was timed at a little under an hour, so I couldn’t take many breaks in between movements or pieces.”

As one of Bill van der Sloot’s string students, Auerback senses some thrilling progress in his playing, “The first time I played the program at the Calgary festival I thought my arms were going to fall off by the time I was done. By the time I reached Nationals, I was able to play the program without getting physically tired, which I am very happy about!”

Not just a solo artist, in the national chamber class, he was joined by Jenny Crane (cello) and Minja Mckenna (viola). Having been on a two-month hiatus before the competition meant that the trio had to make up for lost time. “We were only able to meet a week before Nationals. During that week we met every day, sometimes twice a day, to get our pieces back into shape.”

The hard work paid off as the trio, coached by John Thomson who was in the audience in Edmonton for support, was also awarded with first prize in the chamber music division.

As a gracious victor, Auerbach sites the work of van der Sloot and Thomson, along with previous instructors Ian Swensen and Kevork Mardirossian as the reasons he made the podium, “I would not be where I am without any of these teachers.”

Winning nationals earns the violinist a scholarship which Auerbach plans to use towards his studies. “ I am supporting myself to study here, and the winnings I have received will allow me to continue to do this.”

When asked what the key to his gold-medal success has been, he answers, “I would say having the curiosity to be constantly searching for what you want. I get pretty fascinated and obsessive over the music I am playing, and nurturing this trait lets me take the time and space I need to grow.”

Mount Royal Conservatory is getting a head start on the festive yuletide season with its Christmas in Song concert Saturday, Nov. 29, 2014.

Now in its 26th year, Christmas in Song has delighted family audiences with a mixture of holiday favourites, classical masterpieces and traditional carols. It’s become a treasured part of the city’s holiday festivities.

Christmas in Song is an excellent showcase featuring the talents of the Calgary Youth Orchestra, and Mount Royal’s family of choirs: Arietta, Arioso, Artio and Kantorei. This year, the Conservatory’s Jazz faculty and students will be adding some seasonal swing.

“For me, the musical highlight of the season is always Christmas in Song — the Conservatory’s wonderful yuletide celebration,” says Mount Royal Conservatory Director Paul Dornian. “It’s always a thrill to see such a large stage filled with Mount Royal choristers and Calgary Youth Orchestra members.”

Performers will be sharing the stage with Calgary’s Heebee-jeebees, the popular a cappella group made up of several Mount Royal choral alumni: Cédric Blary, Chris Herard, Ken Lima-Coelho, and Jonathan Love.

For some of the children in Arietta and Arioso, this is their first performing experience.

The Conservatory is especially pleased to collaborate once again with Glencoe Resources, its long-time partners in Christmas in Song.

September signals back to school at Mount Royal Conservatory for students, music educators, and new events for concert goers. Our Academy for Gifted Youth is gearing up with fresh faces, auditions are underway for our family of youth and adult choirs, and our ensembles, Calgary Youth Orchestra, early childhood programs and speech arts will soon be in full swing.

But fall classes and activities aren’t just for children.

Research shows that group classes and private lessons for adults enrich lives. Life-long learning benefits everyone, whether learning to play an instrument or singing as a hobby, or private speech arts lessons for boosting your career in the boardroom.

Curious? See what the Conservatory is offering and join us.

EVENTS AT THE CONSERVATORY THIS FALL: 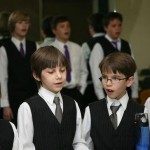 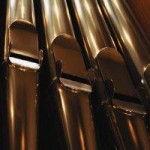 Oct. 26-Nov. 2
Internationally-acclaimed performers and a Halloween silent film screening  set to live music are in store for audiences of the fifth annual Calgary Organ Festival. This year’s 10-day festival lineup of recitals and concerts includes performances by Luc Beauséjour (Montreal), and David Baskeyfield (UK/USA). The Great Halloween Organ SpookTacular is featuring a screening of the 1925 silent movie Phantom of the Opera with live pipe organ accompaniment at Knox United Church.  Free recitals at MRU include a live carillon concert outdoors. See complete listings at mtroyal.ca/organfestival 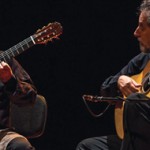 Nov. 9, 2014
7:30 p.m., Leacock Theatre
Brazilian-born brothers Sergio and Odair Assad have set the benchmark for all other guitarists by creating a new standard of guitar innovation, ingenuity and expression. “Call it one of the most engaging musical presentations of the season. Better yet, call it a stunning display of the music of the Western Hemisphere:” The Los Angeles Times 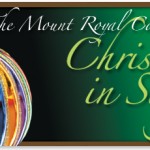 Nov. 29, 2014
7 p.m. Southern Alberta Jubilee Auditorium
A family holiday tradition and a celebration the season with the joyful sounds of Mount Royal Conservatory. Christmas in Song has been a treasured part of Calgary’s holiday festivities for nearly three decades. This, our 26th annual concert, will feature Mount Royal’s Arietta, Arioso, Artio and Kantorei choirs, the outstanding Calgary Youth Orchestra, and a surprise line-up of special guest artists.

“Winter Wonderland” Concert by Calgary Boys’ Choir
Dec. 7, 2014
Leacock Theatre  7 p.m.
This will be a full-length, ticketed concert event featuring both levels of the Calgary Boys’ Choir in music celebrating the glories of winter, wildlife and scenery.

The Calgary Youth Orchestra is launching its tour of Germany in celebration of Richard Strauss.

UPDATE: You can tour along with them on their blog!

The CYO leaves Monday, Aug. 4 for a 10-day, four-concert tour with performances in Berlin, Leipzig, Augsburg and historic Jüterbog, to celebrate the 150th anniversary of the birth of Richard Strauss.

The 65-member orchestra is one of Canada’s leading community youth orchestras. Members include Calgary and area junior and senior high school students and students of Mount Royal University and the University of Calgary.

During this year’s tour, Calgary oboist and composer Trevor Mansell, 18, will be having his European premiere, as the orchestra will be playing a movement of his “Divertimento for Orchestra.”

Cellist Mary Lena Bleile will be making her European premiere as a soloist playing the first movement of CPE Bach’s Cello Concerto in B flat.

We wish them luck!