As a musical enthusiast, I appreciate a virtuostic player. But the concert hall is rarely the place you go for a few laughs. For tickets, go to tickets.mru.ca or call 403-440-7770.

I do remember the first time I saw the late great Victor Borge lean forward from his piano bench to slap away the unsuspecting soprano soloist’s hand… repeatedly. I laughed every time it happened. Or the time where he played an unrecognizable selection and, while mugging to the audience, adjusted his glasses and turned the music sc
ore right-side up again to reveal it was Rossini’s William Tell Overture.

What made the comedy so great was that when it was time to actually play the piano, he was a master.

Since he died in 2000, there hasn’t been anyone to take up that esteemed mantle… until now. Enter Igudesman & Joo.

Russian violinist Aleksey Igudesman and British-Korean pianist Richard Hyung-ki Joo met while studying at the Yehudi Menuhin School in England when they were 12 years old.

Little did they know at that time that they would be playing the prestigious Carnegie Hall… dressed in wigs while rapping.

When asked why they bring their comic talents to the often stuffy world of classical music, Igudesman says, “the music itself is not stuffy. It’s exciting. It’s fun.”

Their touring production entitled, “And Now Mozart” rarely features the music of the timeless composer. The duo might start with a recognizable sonata, but veer off into a disco or country feel with some upgraded lyrics. But Igudesman thinks Mozart would approve, “Mozart is crazy. Mozart is (was) funny.”

They have graced many great stages worldwide, and have worked with like-minded artists including the Piano Man himself… Billy Joel, who joined them onstage at Carnegie Hall. They’ve played with a range of collaborators, from acclaimed symphonies around the globe, to 80s pop band Tears for Fears.   For them, it’s about two things; music and fun. “We don’t make fun of the music,” Igudesman warns, “we make fun with the music.”

Like other great comic pairings like Penn and Teller, Laurel & Hardy or (in their first act) Donald Trump & Sarah Palin, they have quite the following. Their YouTube Channel has videos that have received over 40 million views. So, they must be striking a nerve or hitting a funny bone.

Here in Calgary, the Bella Concert Hall has proven its worth as a suitable stage for virtuosos. With talents like Yuja Wang and Yi-Jia Susanne Hou, it’s easy to say that we’ve broken in the acoustics with style. But, how about the audiences? Igudesman & Joo may be the first ticket where the success of the show is truly based on audience reaction… in laughter.

Believe me, if Victor Borge was with us, he would be taking his seatbelt out of his piano bench and strapping in for a great night of music…with a lot of laughs. 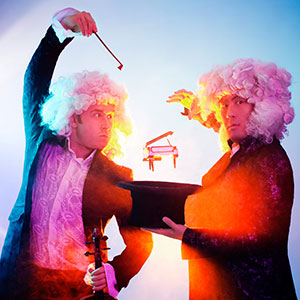 As a French Horn player with the Calgary Philharmonic Orchestra, Laurie Matiation knows how to play well with others. 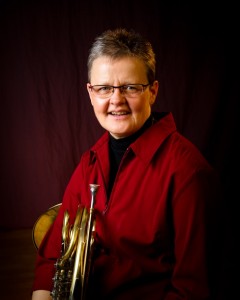 “Most are a lone horn players,” she cites, speaking of instrumentalists in student band
programs, “they don’t get a lot of experience in small ensembles.” This is one of the reason that Hornfest began. “Some CPO colleagues tossed around the idea,” she explains, “It’s a way to help the horn players focus on their part and a compliment to the great work being done in schools.”

Hornfest 2016 is happening on March 5th & 6th at MRU. Specialized instructors and clinicians will be working with any student who is passionate about learning how to play the French Horn regardless of expertise. “We’re laid back.” Matiation admits, “We’re not there to judge or be critical.”

Matiation is clearly excited. The energy she brings to her instruction and the passion she has with the music is infectious. She delights in the fact that Hornfest 2016 basically has an in-house arranger in Doug Umana, one of the instructors. “Doug arranged the theme from the movie Rocky,” she gushes. What’s up for this year’s program is anyone’s guess.

The variety in the music played throughout the weekend makes every horn player step up to the plate. From movie music to, “accessible classical music,” Matiation knows that everyone leaves with a deeper appreciation of musical styles and improved horn technique. 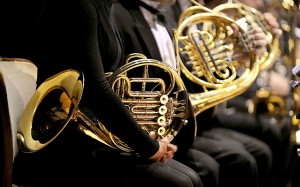 “At the end,” she reports, “we all have a mass horn choir.” The mini-concert on the Sunday afternoon showcases the music they’ve been rehearsing all weekend, played to a captive audience.

For these often ‘lone’ horn players, it’s an experience. “Some are a little overwhelmed and their jaws drop,” Matiation explains when they first hear the sound, “others get excited.”

For early bird registration, click on mtroyal.ca/conservatory before Feb. 8th. 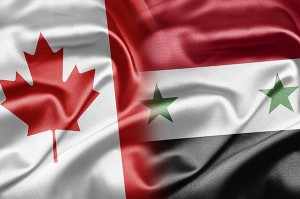