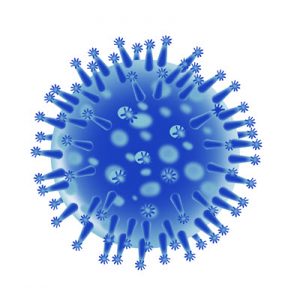 As employees all over the world are working from home,  criminals are ramping things up hoping to take advantage of the less secure networks that people tend to have at home. We have surges in phishing emails on campus and across the world related to working from home as well as an increase in malicious websites.  It has gotten so bad the US Secret Service has issued a warning. Here are some things to watch out for.

As employees struggle to setup a home office, they are signing up and downloading VPN services at record rates. While all of our employees have the advantage of using SRAS, many smaller organizations do not have their own VPN tool and are asking employees to install one on their home computer. If your spouse or roommate are in this situation, warn them to be very careful about what VPN they download. Cyberattackers are offering fake VPN services that download malware onto your machine in record numbers. Make sure they check reviews of the service to ensure it is reputable before they install it on their machine.

As people attempt to live their lives and stay safe, many are turning to maps that track the location and incidence of infections. Criminals are getting wise and creating their own versions of these tracking websites that infect your computer with malware.

Some enterprising scammers have also created phone apps that supposedly track the infection rate  but load your device with ransomware instead. Stick to well known and reputable websites such as Alberta Health Services and the World Health Organization to get your information about the virus and stay away from any apps related to it including ones that tell you how to get rid of it.

Phishing emails about working from home and COVID-19

Phishing email attacks are off the scale. Everything from fake emails from your organization about working from home, to offers of vaccines and cures.  One of their favorites is fake GoFundMe pages with coronavirus victims pleading for medical help.   Another is pretending to be a colleague who is quarantined and needs help.

Over 2 million malicious emails per hour are being sent out worldwide. The emails have the subject lines:

They appear to come from a printer or copier and contain an attachment that appears to be a scanned document. The attachment has the extension .7z. Opening it loads a new strain of ransomware onto your computer.

If the email is not from you and does not have your email address, report it as phishing to Google.

The US Department of Homeland  Security has issued an alert for the Bad Rabbit ransomware strain. It has crippled organizations in Russia and the Ukraine and has been found in the US. It is only a matter of time before it begins appearing here.

What does it do?

How do I know I have been victimized?

How do you get infected?

What is IT Services doing to fight this attack?

What can I do to fight this attack?

If you have any questions or concerns, please contact the IT Service Desk.

Friday the world was given a sampling of exactly how much damage ransomware can cause.  Cyber criminals released a brand new form of ransomware that had the capability to replicate itself and infect other machines on the same network. This allowed it to spread at a very rapid  rate. The ransomware’s more notable victims were the NHS, UK’s healthcare sytem and the Spanish telecom giant Telefonica. Surgeries were cancelled, ambulances were diverted and services were interrupted.

This ransomware called WannaCry, took advantage of a vulnerability in Windows that had been found by the NSA and then published on Wikileaks. In March, Microsoft issued a patch that effectively eliminated this vulnerability. You may be wondering why millions of machines became infected if this vulnerability was addressed. The answer is two fold.  First, Microsoft has stopped supporting older operating systems such as XP and Vista. That means they do not normally provide security patches for these operating systems.  Second, many users do not install the latest updates.

So how to you keep your data safe from WannaCry and other malware?

We are human, at some point we may click on something we shouldn’t. If all your files are backed up, you can restore your system if you are hit by malware.

Programmers are human too. Sometimes their programs are released with vulnerabilities that allow criminals to use the programs for their own purposes. When those vulnerabilities are found, they are fixed with a software update.  If you do not install your updates, you leave your computer vulnerable.

Do you have a XP or Vista machine? You should consider upgrading to Windows 7 or 10. In the meantime, Microsoft has taken the unprecedented step of issuing Vista and XP updates to address the  vulnerability WannaCry exploits.

To date the majority of malware is delivered by a user clicking on a link or opening an attachment. Phishing emails are no longer containing, poor graphics, bad grammar or are coming from strangers. More and more attacks appear to come from someone you know, contain relevant content and are slick in their appearance. To truly stay safe, you should contact all senders of unexpected emails containing links or attachments by phone and verify that they actually sent the message.

By following these simple steps, you will avoid the heartbreak of WannaCry.

Coming soon to an inbox near you, an email from Whatsapp notifying  you that a voice message is awaiting your response. The email includes a handy Play button so you can listen to the message without having to open Whatsapp.  So thoughtful of them. Of course clicking the Play button loads your computer with malware allowing the criminals to steal your identify or encrypt your files and hold them for ransom.

This is yet another reminder not to click on links/ buttons/ attachments/photos in unexpected emails.  Criminals are getting more and more creative and sophisticated, crafting emails that are getting harder and harder to detect as fake. However, you can avoid becoming a cyber crime victim by simply adopting the practices of:

If you receive any kind of notification from any organization or application, visit the site or open  the application directly. If it is legitimate the same information that is in the email will be found on the website or in the application.  Do not trust the email.

If you recognize the sender, do not assume the email came from them. Cyber criminals can hack your contact list and make it look like a trusted friend sent you a nice cat video. Call the sender directly and confirm that they sent the email.

Your stereotypical hacker used to be an overweight manchild living in his parents basement. Nowadays, however, a hacker can be working for a large organization making billions a year.  Hacking has become big business with ransomware offering hackers the ability to make lots of money quickly and easily.  Everyday you are hearing about companies and organizations being brought to their knees by a cyber attack.  Just how do hackers do it? How do they manage to get through the latest firewalls, anti-virus software and network security protocols to breach some of the highest levels of security found on the planet? Watch the video and find out.

There is a new ransomware scam.  So new that antivirus software isn’t aware of it yet and therefore can’t detect it. Chrome for windows users that visit compromised websites are suddenly finding the text on the page becomes unreadable. An alert appears explaining that their browser doesn’t have the font needed to display the page properly and instructs them to install a font pack.  To add to the fun, they are unable to close the alert using the “x” button and they cannot close the browser.  If you choose to download and install the so called font pack, you are able to read the text but ransomware is also being installed in the background. The nasty thing is so sneaky, you don’t even notice that something is awry…at least not at first.

Your first clue is your computer starts to run rather slowly. Then you see folders on your desktop grey out and you can’t open them. As the encryption starts to spread you loose access to your documents one by one.  Then the lovely ransom note appears. However by this time you no longer have access to any of your files.

If you find your folders are greying out or you are unable to open files, please disconnect from the network immediately and call the Service Desk.

This latest ransomware uses a common tactic for delivering malware, the fake alert window. If an alert of any type pops up when you visit a webpage, encouraging you to install something to fix the problem, close the browser immediately.  Do not click on anything in the alert window including the “x” as some diabolical hackers design their malware to install regardless of where you click. If you are unable to close the browser, reboot your machine. By following this simple no click rule, you will save yourself a whole lot of frustration and heartache.

Sooo, you have been nailed by the Satan Ransomware bug. What do you do? Well, if the nasty thing is sitting on a Mount Royal workstation, device or laptop call the ITS Service Desk. If it is your home machines or device, no worries because you have followed our terrific advice and have backed up your data regularly…right? If you didn’t quite get around to that all is not lost.  Some nice people at PCrisk have a solution for you. More specifically the wonderful Tomas Meskauskas has written an article detailing how to get rid of the awful thing.  Do note, that his instructions only apply to the Satan Ransomware bug. If you have another version of ransomware, his procedure will not work. Once you have followed his advice and successfully averted disaster, do remember to perform those regular backups. The next time you get a ransomware infection, there might not be removal instructions for it.

If your workstation here at Mount Royal becomes infected with Ransomware, you know to call the IT Service Desk at 403-440-6000 for help. What do you do if your home machine becomes infected? This article by GrahamCluley.com walks you through the steps.  Enjoy!!