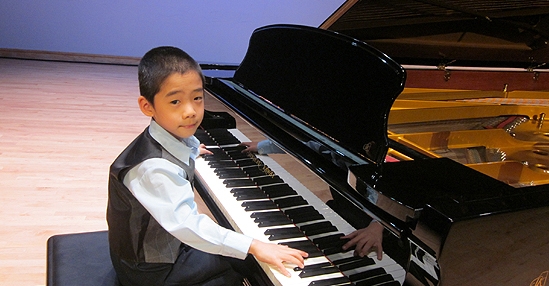 If you haven’t witnessed these gifted performers in concert, this is a great opportunity.

Conservatory alumnus Kevin will be performing the world premiere of his commissioned composition about the devastating 2013 southern Alberta flood, River Rhapsody. The full-scale, nine-minute piano piece reflects the flooding’s turmoil but also the resilience of the High River community.

Kevin, a former Conservatory student of Colleen Athparia, has passed Canada’s ARCT piano teacher diploma exam and is currently studying at the Royal Conservatory of Music. Despite being nine years old, Kevin has composed many pieces (the Abbotsford Youth Orchestra played his Symphony No. 1 last year). He has said he hears music in his head, and enters it directly into his computer.

“Kevin is the most talented all-round musician I’ve ever seen and I’ve taught many so-called prodigies before,” said Athparia. “He comprehends music at such a high level, that I really need only to guide him like a bird taking off in flight.”

Isabella is a gifted and award-winning violinist, singer, and pianist who competes nationally. 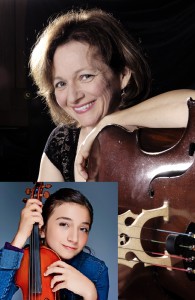