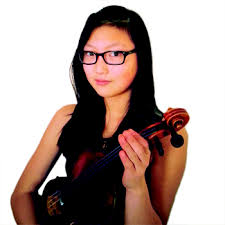 Mount Royal Conservatory student Angela Ryu, a violinist in the Academy for Gifted Youth program, recently won the grand prize as well as the first prize for all string instruments at the National Music Festival of the Federation of Canadian Music Festivals. The competition took place from August 13-15 in Edmonton.

Angela is 15 and competed with string players of all ages from across Canada, including university music students.

The competition is the largest grass roots music contest in Canada, with tens of thousands of competitors in every city and town in Canada. 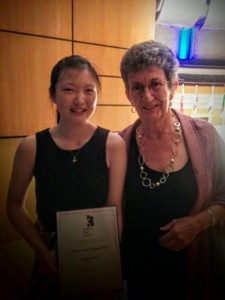 “Decades of thoughtful hard work and support have given the community of Calgary an exceptional Conservatory for our gifted young artists,” notes William van der Sloot, Manager of Academy and Choral Programs. “Part of the mission for all of our universities and colleges is to serve our communities. There is no better example of this at MRU than The Conservatory.”