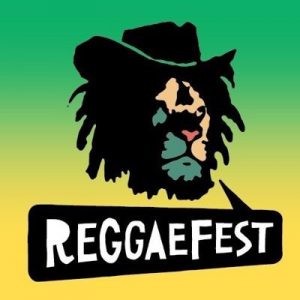 Leo Cripps knows. He’s one of the original six Calgarian reggae fans who, in 2003, created the Calgary Reggae Festival Society and have since entertained other Rastagarians with the best that reggae has to offer at Reggae Fest each August since.

When Cripps found out Ziggy Marley was playing the Bella Concert Hall,  his vibe went from laid back to up tempo. “It’s gonna be a great show.  Ziggy’s always been an amazing performer.”

Admitting it was quite a coup for a brand new concert venue to attract one of reggae’s top names, he says, “Ziggy’s one of the premiere performers in today’s day and age.” Having experienced Marley in concert before, Cripps adds, “You know you’re gonna have a well–rehearsed solid performance. He’s gonna deliver a great show for you.”

The Marley Family is, according to Cripps, “A dynasty. Bob (Marley) laid the foundation. It’s amazing to see the family that have taken it on. You have the third generation of Marleys still performing and producing some of the best reggae products in the world.”

Talking about Ziggy’s famous father, Cripps states, “Bob was such a dominant force.” By comparison, he identifies another world-renowned Jamaican, “Usane Bolt is the sports icon that carries the torch. Bob carried that for reggae music.”

With his new self-titled release just out, featuring the single “Weekend’s Long”, Ziggy promises to deliver hits from all six of his studio releases that will be the first reggae jams heard in the new acoustically tremendous concert hall.

Cripps is keen to hear the legend in an intimate space, “I’ve heard great things about the (Bella) hall from the audience perspective on how good the sound is in there.” According to this Rastagarian, he’ll be among friends, “There’s a huge reggae following in this city.” I’m anticipating that it’ll be a good crowd going out to see it.”

For all Rastagarians, Ziggy Marley will be appearing at the Bella Concert Hall in the Taylor Centre for the Performing Arts at MRU Conservatory on October 13, 2016 at 7:30pm.  Tickets at mru.ca/enjoy